The prediction is truly monstrous

Today, Tuesday 27 October 2020, a monstrous forecast is expected. We are talking about waves predicted from 15 meters of the ECMWF WAM 3 model to the forecast of 18 meters with a period of 15 seconds, of the WaveWatch model. That’s not the only monstrous forecast, there is also a cyclone east of Cambodia and Vietnam predicted with winds at 117 knots. 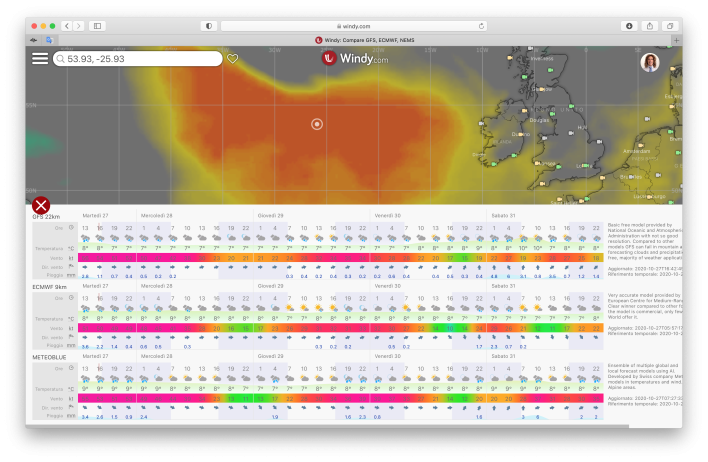 Winds reaching more than 70 knots, with peaks of 80 knots. I would not want to be in the middle of the sea in that situation even though there are now many commercial ships in the perimeter of the storm.

So much so that there is a bubble in ship traffic right there, as can be seen from MarineTraffic.com

The satellite images are really worrying, they give -37 ° centigrade, most likely due to the force of the winds.

Wed Oct 28 , 2020
The fourth cyclone in October in Vietnam Today, in addition to a storm in the middle of the Atlantic Ocean with very strong winds and waves 18 meters high, we have a dramatic weather situation, between Vietnam and Cambodia to the east. The forecast speaks of 117 knots per hour of wind and a lowering […] 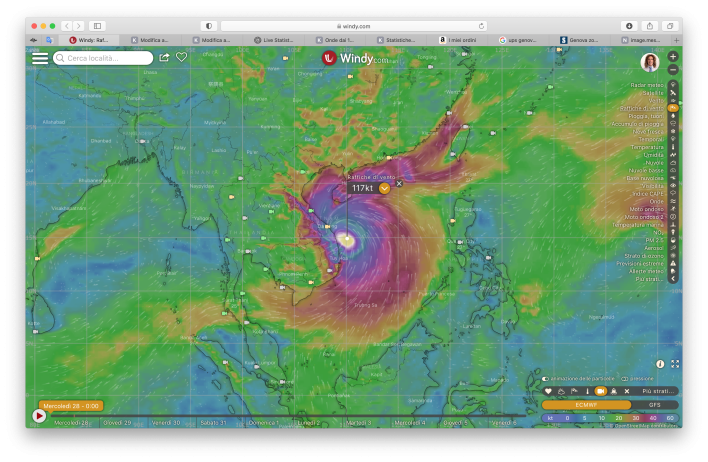